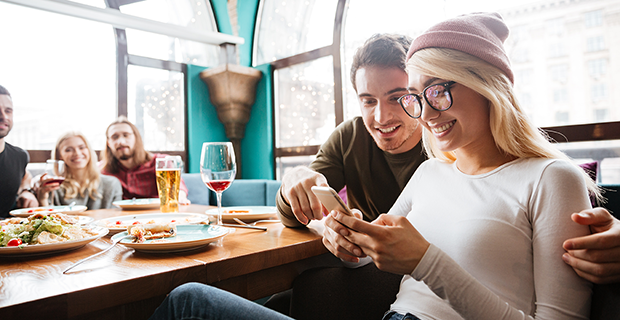 Listen, men and women are so incredibly different. It’s no wonder American author John Gray sold over 50 million copies talking about the differences of the sexes with his popular book “Men are from Mars, Women are from Venus”.

While you and your buddies love to talk about sports, business ideas and news events - women much rather gossip, talk about things that happened (OMG! can you believe that XYZ). They operate emotionally, while we- men operate logically.

You can read more about it in our “Dating Decoded” book, for now you have to understand that while we speak the same language, it’s the non-logical subconscious that she’s tuned in to. And if you want your first date to go well, you’re going to have to learn how to speak it too.

See, in reality the topics don’t really matter. It’s about what the topics sub communicate. Luckily for you this is something most guys will simply never understand, so keep this article close to your chest and let’s dive right into it.

#1 Reveal embarrassing details about yourself

Most men think they need to impress a woman on a first date. They flash their fanciest watch, talk about their high paid job, paint a brushed up picture of what their life is like. If you think women don’t see right through this you couldn’t be more wrong. Most women started dating since they were 15 years old, by the time she’s 28 and you ask her out on a date she’s had 13 years of dating experience under her belt. She’s seen it all and she’s on to your game.

Guys that know what they’re doing when it comes to women do the EXACT OPPOSITE of that. Instead they tell embarrassing stories about themselves. Tell women you’re the worst date she could possible pick and they’ll love you for it..

So why does this work so well ? I told you before how women are tuned into the sub context of a conversation not the logic. What they pick up on when you take the piss out of yourself is “he’s confident, doesn’t take himself too seriously, probably has an interesting life”. Exactly the things you want to communicate on a first date..

#2 Talk about something new you’re learning or trying

An often misunderstood concept about women, dating and money is that a lot of guys think you need money in order to attract and keep women. While it’s true that money helps, it’s not the money that keeps the women close. Women are by definition drawn to ambition. Like a lion that hunts and kills for his family, they’re subconsciously drawn to qualities that represent that.

Don’t let your surroundings fool you, it’s still a jungle out there..

Women love to hear stories about how you cut back your hours at the office to learn how to play the piano or how you got inspired by this restaurant in Argentina to really learn how to make a great steak.

#3 Reference the people close to you

Like most stuff they found on the internet, they’ll probably assume you’re crazy, intellectually challenged or both. Show her that you’re not. When you tell stories mention the names of the people close to you. I.e “When I was in New York with my friend Dan”, “My sister Jen gave me this book for Christmas”, “I remember going hiking with my friend Laura..”.

Just as a quick side note, be a bit cautious dropping names of your female friends. Ironically I now happen to have quite a large circle of female friends and I’ve found a lot of women to feel threatened by this.

It’s okay to show her you have a life, but don’t over do it.

#4 Mention what you value in a date

Set the bar. It’s a trick I learned this from my friend Jamie who uses it in his job interviews. In this day and age, people constantly feel the need to prove to everybody around them that they are good enough. Just look at all the social media..

“Call me a traditionalist, but I really value it when a woman cooks. It’s just one of those things that never goes out of style..”. Most people will feel compelled to jump through the hoop when they feel they’re being challenged. And while not everybody jumps, keep in mind that it sub communicates that you are a man who knows what he wants.

Trust me, she’s been on too many dates with men who didn’t.

First dates shouldn’t be like in the movies. Trust me gents, leave that bouquet of roses in the 1960’s. Less is more. I treat my first dates with one question in mind, “let’s see if she deserves a second..”. It’s not because I’m cocky or have a stick up my ass.. I’m busy, I’m picky and been around long enough to know that most in fact won’t.

The truth is, she’s been around long enough to know this too.

My first dates revolve around a quick coffee after work, a quick drink before meeting my friends, etc. Show her you already have a great life without her and she’s going to have to work for it to be in it.

People don’t appreciate things that come too easy. And when they get too much of something good it starts to taste bad.

This is what I meant with taking her on that rollercoaster.. Make her feel incredibly good while she’s with you and leave her with the feeling of missing you when you’re gone. Do that and you’ve accomplished exactly what you set out to do. She’ll virtually beg you for that second date and you’ll end up wondering why it was never this easy years ago.

I know I’ve dropped a lot of things on you today that may have made you leave “wanting more”. I try to keep these articles within a 5-10-minute read, so they’re easily digestible on a commute or with a cup of coffee.

If you want to learn more and have enough time on your hands to take your dating life to the next level take a look at our Dating Decoded ebook. It’s 109 pages of dating goodness teaching you all the things that your dad never did and your mom never would. >> check it out here.

Disclaimer: Great efforts are made to maintain reliable data on all offers presented. However, this data is provided without warranty. Users should always check the offer provider’s official website for current terms and details. Our site receives compensation from many of the offers listed on the site. Along with key review factors, this compensation may impact how and where products appear across the site (including, for example, the order in which they appear). Our site does not include the entire universe of available offers. Editorial opinions expressed on the site are strictly our own and are not provided, endorsed, or approved by advertisers.